The Cheese Veggie Sandwich at Five Guys Burger Place is no Burger. Well, okay, kind of. Five Guys is the famous burger place you have to visit, according to some. The Five Guys Burgers are supposed to be one of the best. But, all their burgers are with beef. Besides (Hot) “Dogs” Five Guys offers 4 different Sandwiches. Veggie Sandwich, Cheese Veggie Sandwich, Grilled Cheese and BLT. On a cold Parisian afternoon I wanted something hearty and warm, so why not visiting one of the 5 Five Guys locations in Paris!? In the centre of the City, there is one near the Opera and Galeries Lafayette and another one is right at Champs Elysees, the others are all a bit more outside.

As expected, in the late afternoon the Five Guys Burger Restaurant near the Opera at Boulevard des Capucines wasn’t too busy, with just 3 people in front of the line to order. The ordering process at Five Guys is a bit different from to McDonald’s. There is one queue to order your burger, then you proceed to the other side of the counter to wait until your number is called, in the French language. As I observed, some were handed a portion of peanuts to snack until their order was ready, I wasn’t offered them, but I wouldn’t have wanted them anyway, so I used the time to go to their bathroom on the ground level. Seems like bathrooms aren’t that popular in burger places, as there are just three toilets for both males and females and two sinks. As they are unisex they were accordingly dirty and wet on the floor. I needed some extra soap before eating that Burger, the Veggie Sandwich at Five Guys. As I didn’t want a menu with a drink and fries, I only ordered the Cheese Veggie Sandwich and a Soda, what is an empty cup that you can fill at their machines (up to 160 flavours available). Unfortunately there is only 1 refill per 3,50€ “Soda”. But back to the main thing, my Veggie Sandwich. As Paris is in France, of course the name is not internationally “Cheese Veggie Sandwich”, it’s “Cheese Sandwich with Fromage” for 1€ extra. The base price for the Veggie Sandwich is 5€ and by default, it comes with grilled onions, mushrooms, green peppers, tomatoes and lettuce. The added cheese consist of melted Kraft American cheese always served on a toasted golden bun. The nice thing about Five Guys is that you can add as many extras as you want. 16 extras in total, such as ketchup, mayonnaise, relish, Jalapeño Peppers, Onions and more, as many as you want, for no further charge. Isn’t this incredible? This time I topped my burger just wich pickles and Bar-B-Que Sauce as free extras. For more comparison, read about all the other Veggie Burgers I have already eaten.

I didn’t check the time when I ordered and when I received my order at Five Guys Paris Opera, but it didn’t feel too long. What was quite challenging for me as a Tourist was that they are calling the numbers of the orders in French only. No signs, no calling in French and English, just French. As I don’t speak french I tried the text-to-speech function of google translate of my number 82, but 80, 81 and 82 all sounded so familiar to me 🙁 This was definitely the only low and negative part about my visit to Five Guys for their Veggie Cheese Sandwich. The bun was soft and tasted very good and luckily I chose the Bar-B-Que Sauce as there is no sauce on the Burger Sandwich by default. All the grilled veggies, two layers of Cheese, partly melted, tasted just so good. All in all, I absolutely enjoyed my Veggie Sandwich with Fromage at Five Guys Paris, and I can’t wait to visit any Five Guys Restaurant soon. And maybe I’m even trying their famous fries that time, have you tried them yet?

Five Guys is opening more and more Restaurants in Europe, check out the location page on their website to find out where exactly.

Pictures: Cheese Veggie Sandwich Burger with Fromage at Five Guys in Paris near the Opera 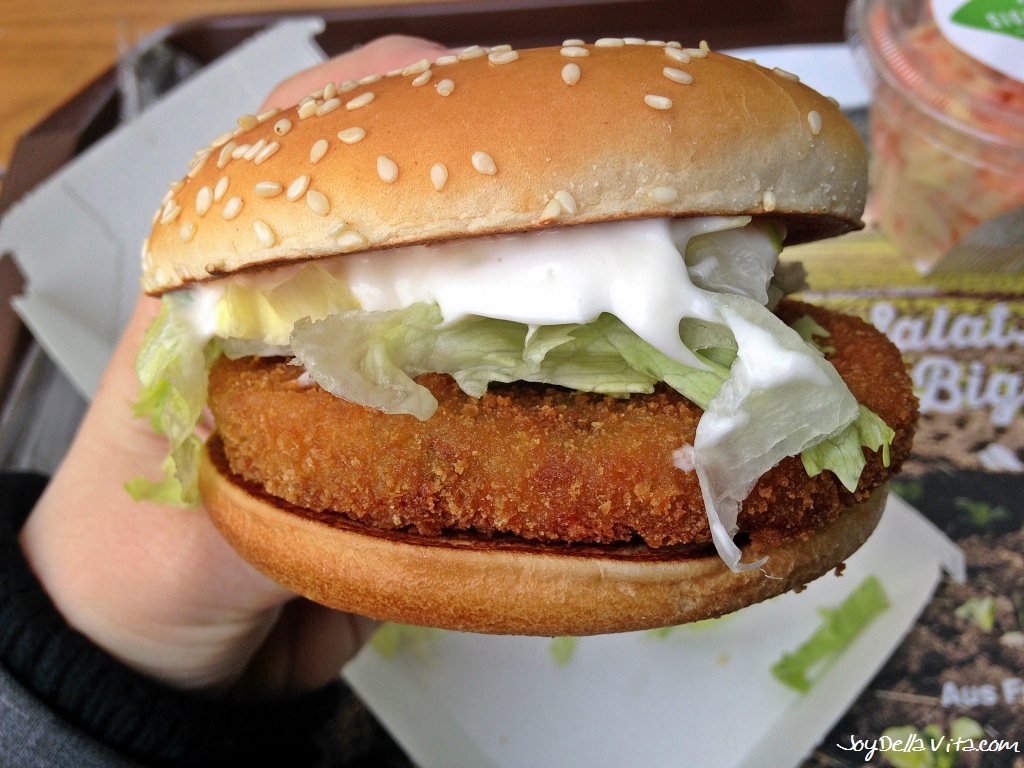 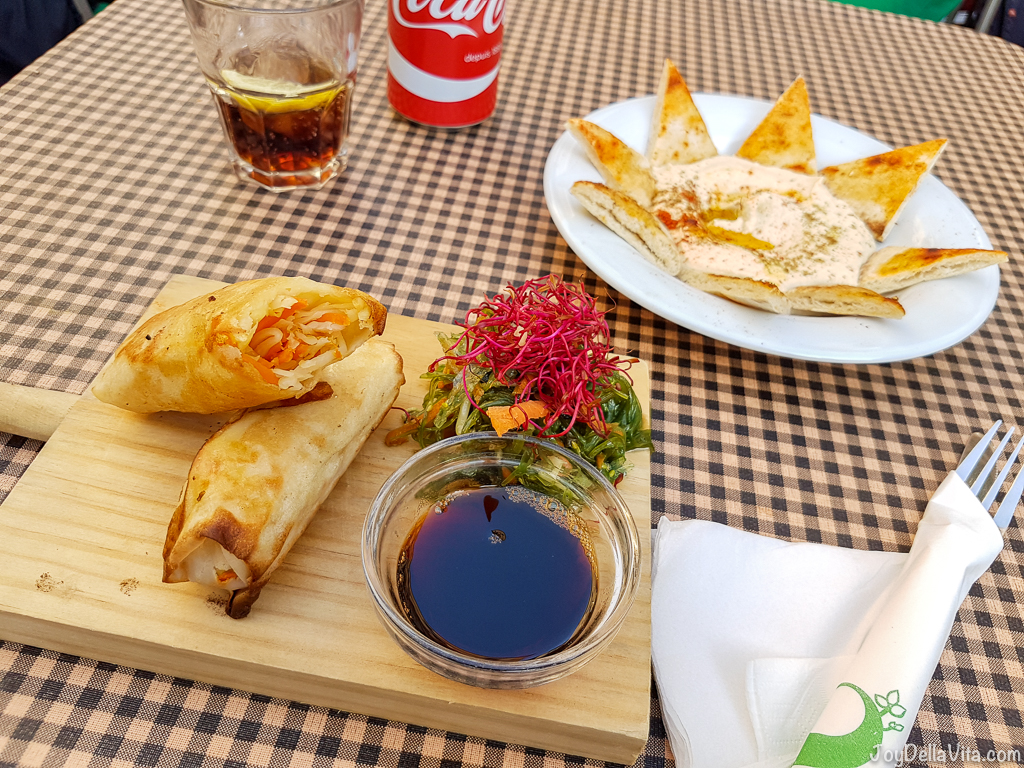 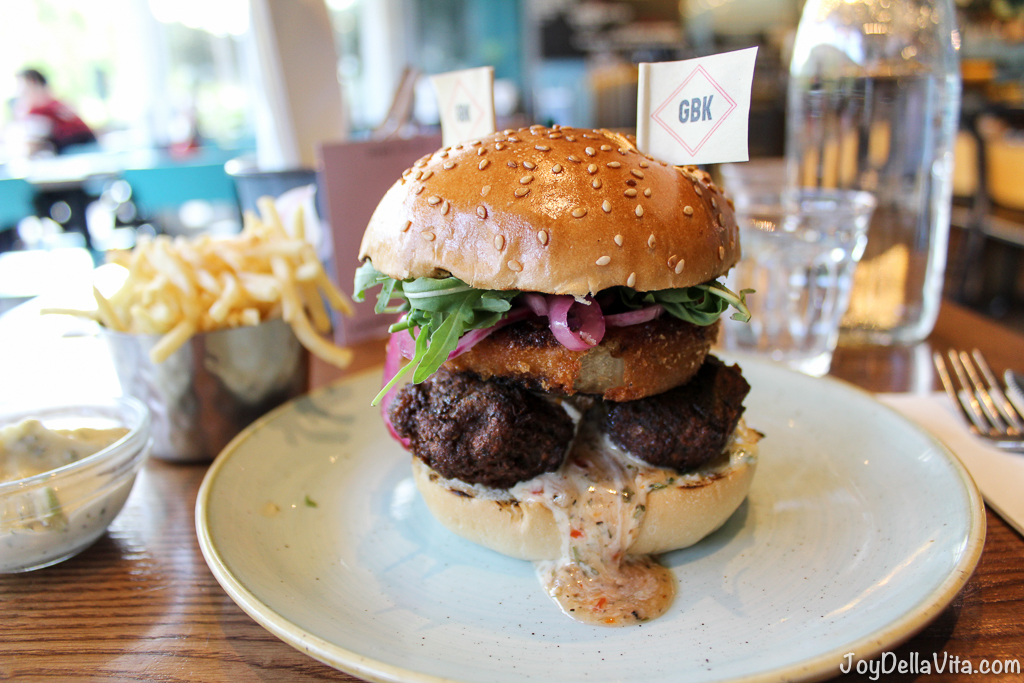