If you want a proper Burger in Edinburgh, there are many options. As Bread Meats Bread was close to my hotel in Edinburgh, I went to their Restaurant on Lothian Road. Besides being famous for Poutine, a Canadian way of serving Fries, or Chips, with gravy and other Toppings, they also serve Burgers and Cheese Toasts. In case you don’t want to leave the house, or your Hotel, but still enjoy Food by Bread Meats Bread, they also deliver with Deliveroo.

Coming to their Restaurant on a late Saturday afternoon the Tables were already well filled, and so I had to sit on a chair facing the window. The staff was friendly and helped me with re-arranging my order, as I did not want to have ‘Pico de Gallo Salsa’ on my Burger, that we swapped for a Cucumber & Feta Salad. In total, I got a large soft drink; Fried Onion Rings for £3.50 and the Mexican Falafel Burger for £7. This is of three meat-free Burgers by Bread Meats Bread Edinburgh. The Patty is made out of a Chickpea & Blackbean Falafel, with hummus and usually topped with Pico de Fallo Salsa & spicy mayo. A Vegan option with a vegan brioche and veganaise instead of mayonnaise is also available. The seat close to the window was actually an exciting place, as I could watch all the people passing by, starring onto the Tables, reading the menu and entering the Restaurant afterwards.
After just a few minutes waiting Time the Rings and the Burger were brought to my Table. The Onion Ring Portion was quite massive, and also the Burger was larger in height and width than some of the other Burgers I have ever had. If you want you can order special Dips, or just rely on the Ketchup on the Tables, what I did. At first, a good idea, but two pastes on a Burger and a slightly harder Patty in the middle makes eating a Burger more difficult than it should be. To enjoy eating it more, I cut the Mexican Falafel Burger in half with the sharp Knife that was provided among a Fork and many napkins.

The Mexican Falafel Burger by Bread Meats Bread itself was good, but the Portion with Fried Onion Rings as a side were just too much for me. Also, I would have definitely preferred to have at least one salad leave on my Burger. Or something else with a fresher taste instead of sauces only that squeeze out of the Burger as soon as you bite on it. Besides this, I enjoyed my Dinner at Bread Meats Bread Edinburgh on Lothian Road. 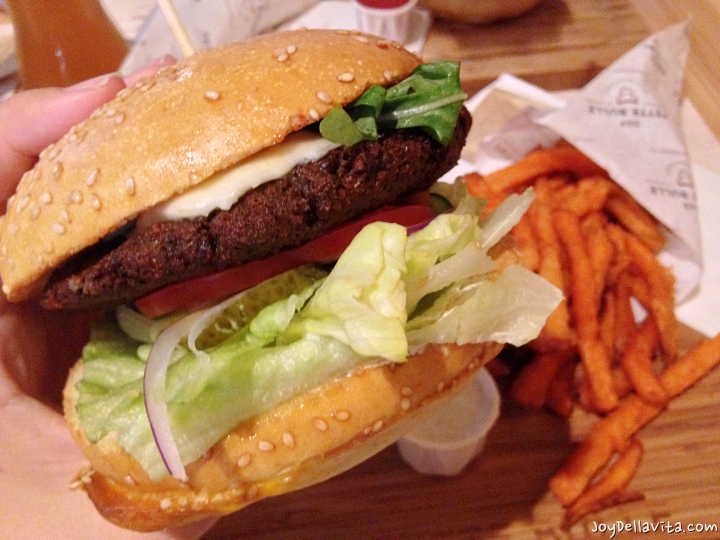 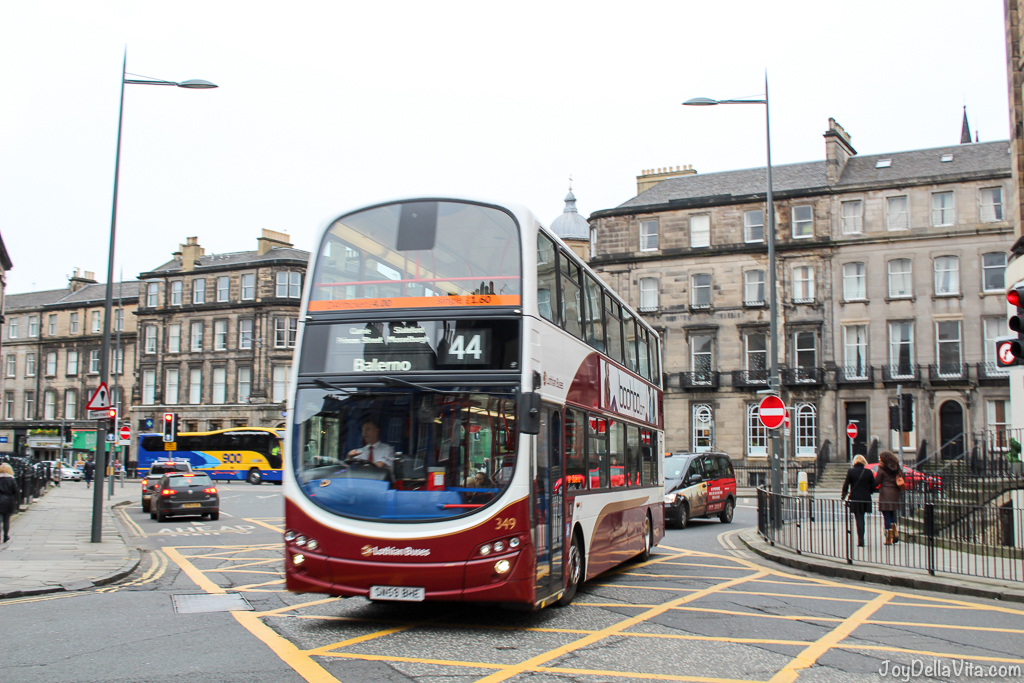 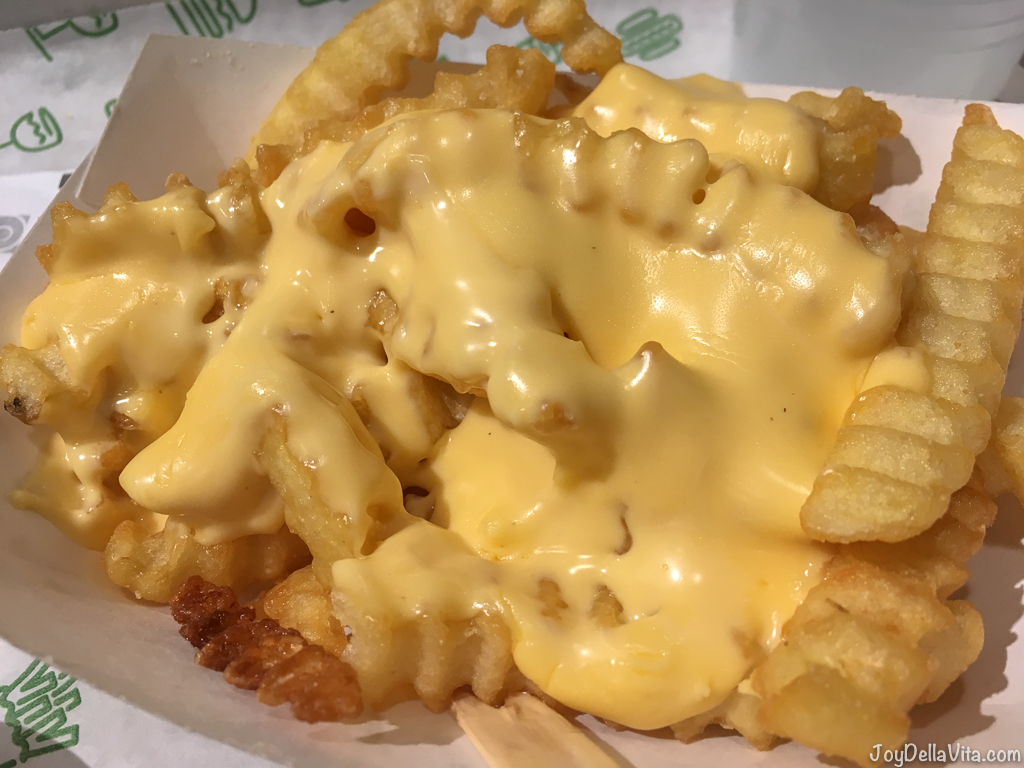 The best Fries in the World – Shake Shack Cheese Fries